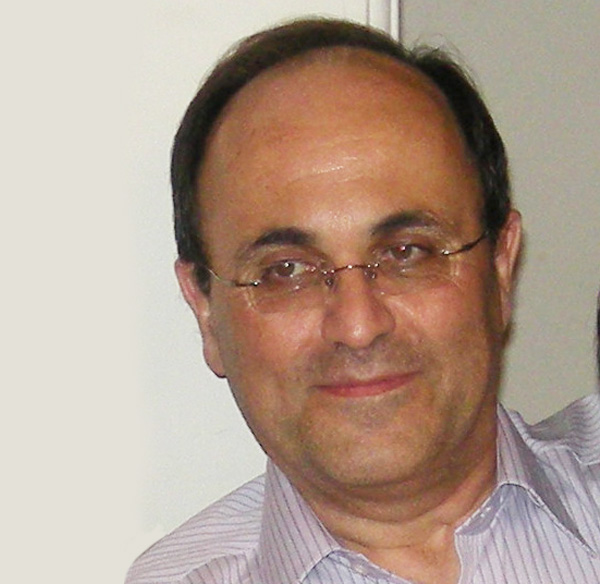 Sassan has a passion for technology and is relentless in pursuing his goals. Prior to Omniscent he was with EMC where he played different roles in architecture and design of high-performance systems for exascale computing, big data analytics. He helped in several merger/acquisitions executed by EMC, and AMCC. He was part of an executive team that took JNI to IPO with more than 1.2B market cap. Prior to EMC, he managed various engineering teams in delivering high-performance storage and networking products in several enterprises and startup companies such as Data Direct Networks, AMCC, Adaptec, and AMD. He has more than 14 patents. He received M.S.E.E and B.S.E.E from University of Michigan, AnnArbor, Michigan. 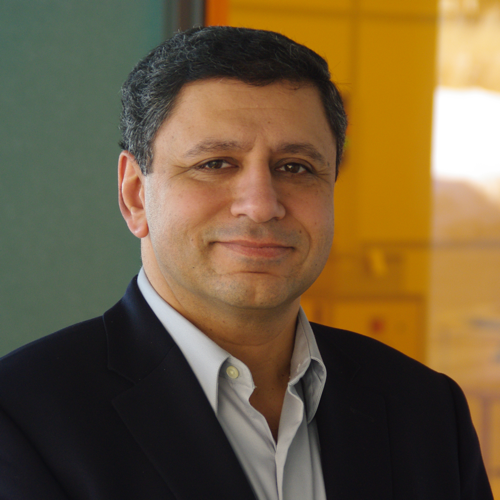 Yogesh B. Gianchandani is a Professor at the University of Michigan, Ann Arbor, with a primary appointment in the Electrical Engineering and Computer Science Department and a courtesy appointment in the Mechanical Engineering Department. Dr. Gianchandani also serves as the Director for the Center for Wireless Integrated MicroSensing and Systems (wims2.org). Created in 2000 with support from the National Science Foundation, the Center brings together research in core technologies to facilitate microsystems for environmental monitoring and healthcare. He has graduated about 35 Ph.D. students, and contributed to about 45 issued or pending US patents, and published about 330 papers in journals and conferences. He was a Chief Co-Editor of Comprehensive Microsystems: Fundamentals, Technology, and Applications, published in 2008, and he serves on the editorial boards and program committees of a number of journals and conferences. From 2007 to 2009 he also served at the National Science Foundation, as the program director for Micro and Nano Systems within the Electrical, Communication, and Cyber Systems Division (ECCS). Dr. Gianchandani is a Fellow of IEEE. 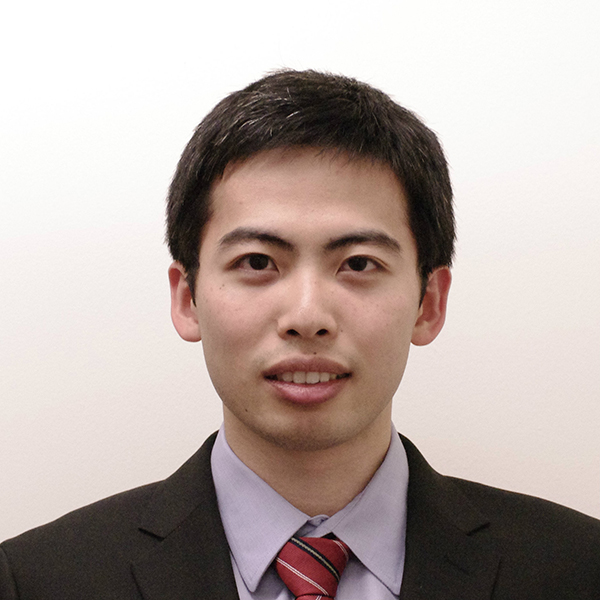 Yutao Qin is currently an Assistant Research Scientist in the EECS department of the University of Michigan, Ann Arbor. He has over 5 years of research experience in microfabricated gas chromatography systems and related components, such as micro-pumps and micro-valves. His work established several important milestones and performance benchmarks. He received the B.S.E. degree in 2010 in electronic science and technology (microelectronics) from South China University of Technology, Guangzhou, China. He received the M.S.E. degree in 2012 and a Ph.D. degree in 2015, both in electrical engineering from the University of Michigan, Ann Arbor, MI, USA. He has published over 10 journal papers and conference papers and has 3 US patents pending on related topics. 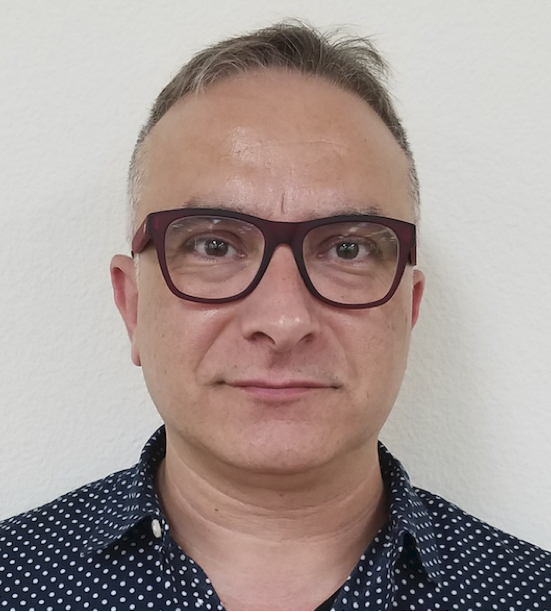 Nabil brings two decades of start-up experience in the scientific instrumentation solutions sales, marketing & business development. He previously held multiple managerial positions, where he developed several innovative lines of products that generated multi-million dollars in revenue. He recently served as Sr. director of marketing & business development at Atonarp, Inc.
Nabil holds a Ph.D. in Environmental Toxicology from Cornell University and a B.Sc. in Chemistry from the American University of Beirut. He was also a visiting scholar at Stanford University’s chemistry department and a project scientist in the field of metabolomics at the UC Davis Genome Center.

Industry veterans in the areas of chemistry, microfluidics, gas chromatography, and gas sensors. 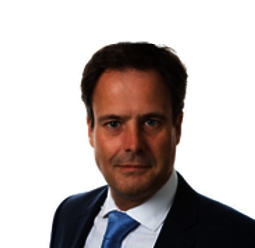 Mr. Jan Willem Poelmann serves as VP of Business development and sales for Oclaro, a leader in optical components and modules, since October 2017. He was Senior Vice President of Global Sales and Marketing at Picarro Inc, a leading provider of solutions to measure greenhouse gas (GHG) concentrations, trace gases and stable isotopes across many scientific applications and industrial markets. He led Picarro’s revenues and new product introductions to new heights from 2010-2017. Prior to Picarro, he served with Juniper Networks, where he was responsible for their Service Provider Alliance business in EMEA from 2005 to 2010. Prior to Juniper, he served various executive sales and marketing positions at Dell, Corvis Corporation, and Nortel Networks. He has a BA and MBA from Erasmus University in Rotterdam, The Netherlands. 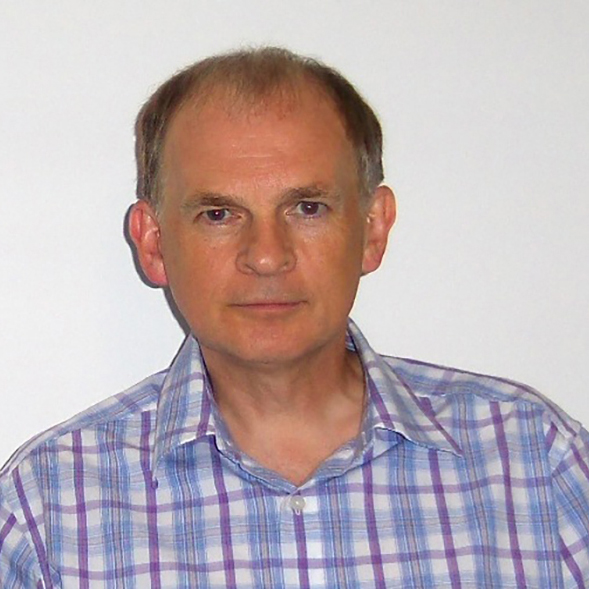 Dr. Colin Poole has worked in the field of Chemistry and instrumental/analytical Chemistry for more than 30 years. He has graduated many students throughout his academic carrier. He has served as a Professor of Chemistry at Wayne State University, Detroit Michigan since 1990 and as a science advisor to US Food and Drug Administration from 1989 to 2016 and was awarded Certificate of Recognition from US Food and Drug Administration. He is a commissioning editor for the Encyclopedia of Analytical Science since 2002. He held several positions with a number of Universities in Europe such as Belgium, Sweden, and the United Kingdom. Dr. Poole is member of the Editorial Advisory board for the Journal of Planar Chromatography, Journal of Separation Science, Chromatographia and is an editor for the Journal of Chromatography A, and Series Editor for the Handbooks of Separation Science, and Molecular Science and Chemical Engineering, Elsevier’s Reference Modules on Science Direct.

His research interests are the fundamental aspect of gas, liquid, supercritical fluid, and thin-layer chromatography, data analysis, and ionic liquids The application of these techniques to problems of an environmental, food chemistry and biomedical nature have been his foremost goals. Dr. Poole joined Omniscent board of advisors as of summer of 2017.

Dr. Richard Payne has extensive contributions to the US semiconductor industry. After receiving his Ph.D. from Yale University, he joined Bell Labs where he built the first Ion Implanted BJT and developed, patented and produced the Twin Well CMOS technology. Richard is a true pioneer in the US semiconductor industry. In 1986 he took MEMS from an idea to high volume manufacturing production over course of nine years and made Analog Devices one of the market leaders in high-performance MEMS accelerometers. During 1998 to 2014 he successfully ventured four MEMS-based startups where three of four got acquired by larger corporations including the last one, Pixtronix by Qualcomm in 2011 for $200M. He holds many patents and received the J. J. Ebers.Award from the IEEE. 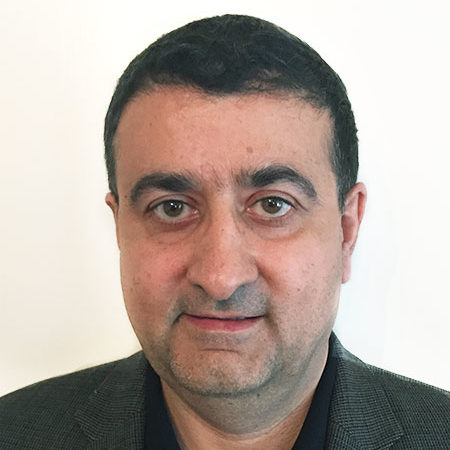 Amir has more than twenty years of experience in Internet, software, IoT and semiconductor industries. He is the CEO and co-founder of Bluechip Systems the provider of the smallest computer in the world that embeds into IoT devices for computing and security at the edge. He has co-founded Polyup bringing a gamified social simulation platform for teenagers to learn Computational Thinking. Prior to that, he was co-founder and EVP of Engineering of Celeron that developed technologies spun off into three companies: Bluechip and Crunch. Crunch video compression technology enables a massive expansion of video services. Prior to that, he was the co-founder of Transcendent Design an Electronic Design Automation software company that was sold to Mentor Graphics. Prior to that, he was a principal at Quad Design Technology that was acquired by Synopsys. He has filed many patents, and his pioneering work on data analysis of users’ web page navigation in 1997 has been referenced by more than 300 publications. Amir received his Ph.D. in Theoretical Particle Physics, MS in Electrical Engineering, and MS in Physics from UCLA.

Omniscent technology  builds upon 17+ years of research that was conducted at the Center for Wireless Integrated MicroSensing and Systems (WIMS2), University of Michigan, Ann Arbor. The WIMS2 Center was established with a major investment from the National Science Foundation to pursue multi-disciplinary research in engineered microsystems. The Center brings together about 40 faculty and 120 researchers in activities that have produced about 2000 publications, 100 patents, and 15 start-up companies. Micro-gas chromatography has been one of the main research thrusts of the Center since its foundation, with activities directed at a variety of component-level and system-level goals. The Center is pursuing research in microfabricated (MEMS) elements such as pre-concentrators, separation columns, detectors, valves, and pumps; and revolutionary architectures that provide massive energy savings while accommodating a wide range of analytes. Omniscent systems build upon WIMS2 technology that was originally developed by two of the co-founders, and Omniscent continues to sponsor research at WIMS2.
Visit WIMS Website
Research Areas at WIMSS

Omniscent is disrupting the VOC sensing market with its technology platform that builds upon 20+ years of research that was conducted at the Center for Wireless Integrated MicroSensing and Systems (WIMS2) of the University of Michigan, Ann Arbor. As an agile start-up company, Omniscent is constantly in innovation mode to put forth disruptive solutions that take industrial safety and environmental health to the next level.

Actionable data at ppb level generated in realtime by our autonomous and cloud-connected VOC analyzer that saves lives and preempts violations.